Nathan Kensinger is an interdisciplinary artist whose work explores hidden urban landscapes, off-limits industrial structures, forgotten waterways, environmental disasters, and coastal communities endangered by sea level rise and climate change. He has been documenting Staten Island’s coastline for the past 15 years, and his film Managed Retreat, about the NY State buyout program, is a part of the exhibit Yes, And. Join the artist for a discussion of his work encompassing photography, film, installation, curation and journalism. 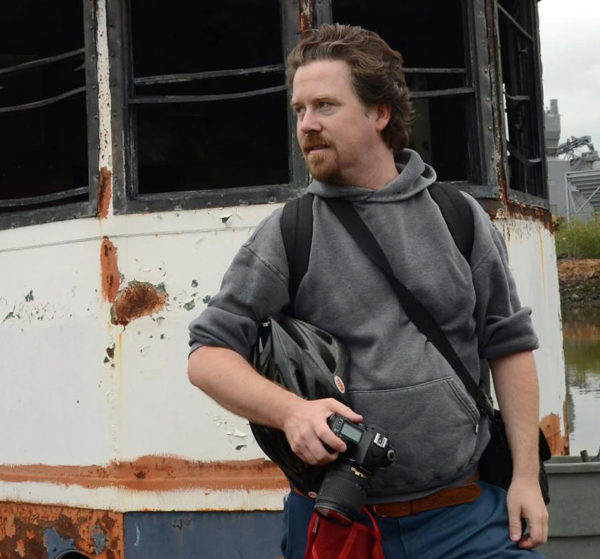 Nathan Kensinger was born and raised in San Francisco, California, and is now based in Brooklyn, New York. Since 2003, Kensinger has created a series of photo essays, documentary films, video installations and public arts projects about New York City’s changing waterfront. His work has been exhibited at the Museum of the City of New York, Brooklyn Museum, Queens Museum, Staten Island Museum, Museum of Contemporary African Diasporan Arts, and in numerous galleries. His films have screened at museums and film festivals worldwide, including the Australian Centre for the Moving Image, Danish Film Institute, DOC NYC, Slamdance, and Rooftop Films. His work has been featured by The New Yorker, New York Times, Wall Street Journal, PBS NewsHour, Wired, and Nature Climate Change. His photographs are in the permanent collections of the Brooklyn Historical Society, the Brooklyn Library and the Museum of the City of New York.

Support for this program is provided by The Jacques and Natasha Gelman Foundation.